This add-on is intended to be used with Blender 2.79b.

Generate Shadows:
Generate shadow textures and coordinates for in-game use with just one click.

Added an important note to the first post. Due to a Blender bug and a new feature, I had to update the add-on. Since the add-on now only works with a nightly build of Blender, there won't be a new version release in a while.

EDIT: No longer relevant. Blender 2.79a gets rid of the bug.

Have fun testing this one out. Please report any bugs or post feature requests in this forum thread. (Or even better, raise an issue on GitHub.)


Let me explain the two most important changes:

This is a feature that some track makers requested. Up until now, you only could export the entire scene as NCP.
This new option allows you to mark only one or many objects for export.

This is an example of a normal scenario of exporting collision objects for a track:
Let's say the cubes are some detail models and the ground plane is your track's mesh. 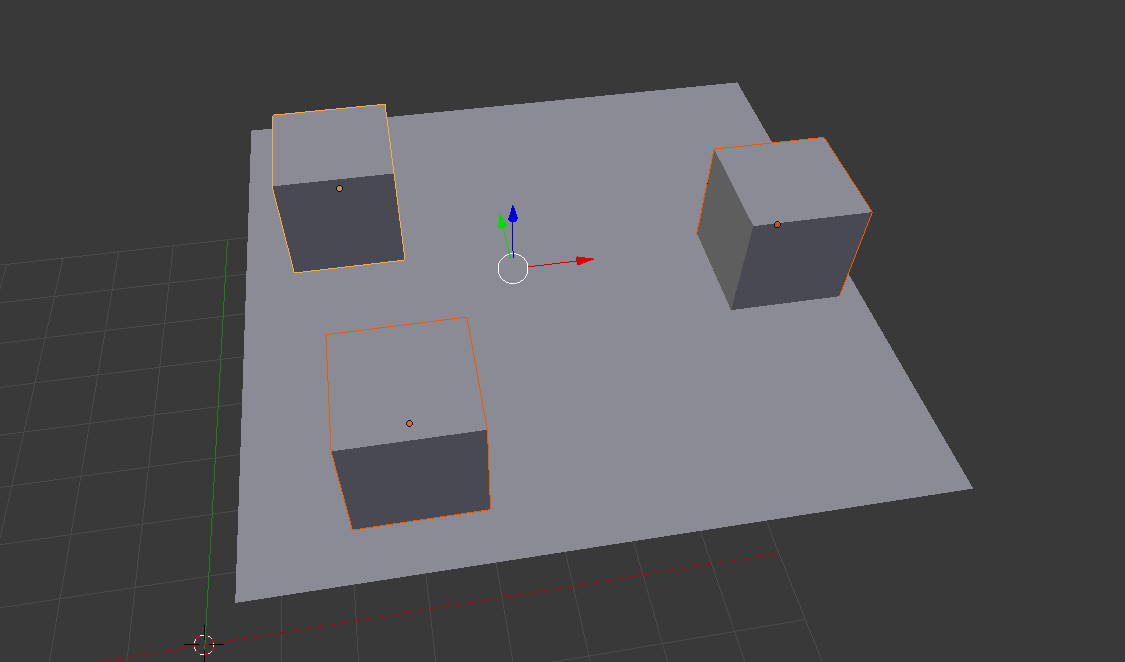 The exported NCP file would look exactly the same way. All objects are offset from the center.

However, if you want to export your detail objects as separate files (PRM instances), you will also have to export their collision to separate NCP files.
To export the collision of one single object, just enable the setting:

and then select the object in question and export as ncp. 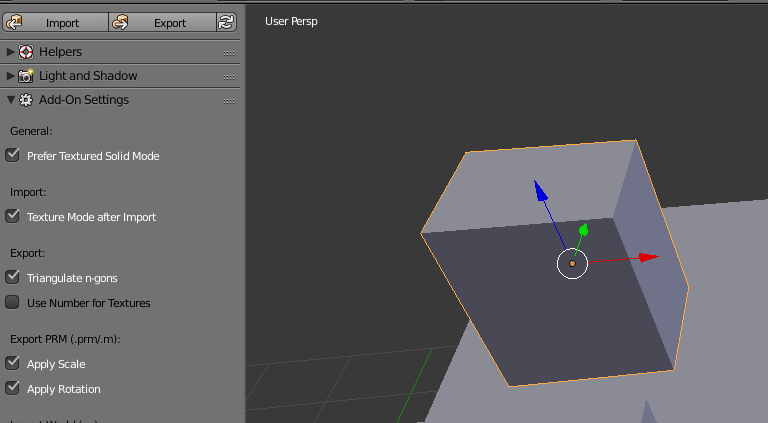 After importing that file again, you will notice that the object is going to be at the very center again. This is exactly what happens when you export a single PRM mesh. 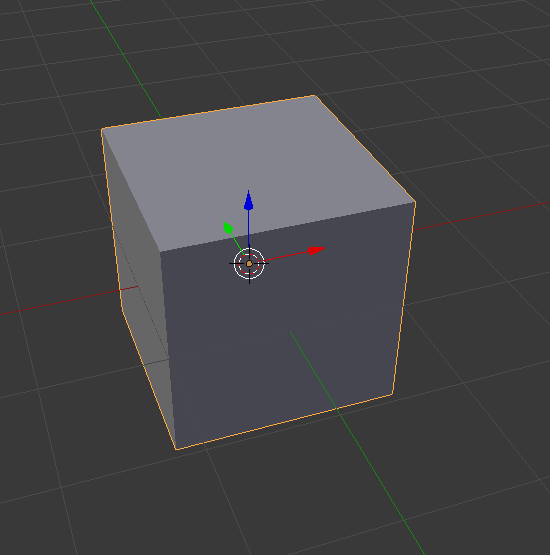 And that way you can easily export the collision for your PRM instances.

I rewrote the parameters.txt completely to work just like the one used in Re-Volt. That way you can import all cars that RVGL would load as well.
As an addition, it will warn you about any errors in the parameters.txt you loaded. Patriot, for example, is missing a final closing brace } in its parameters file:

The car will still be imported with the values that could be read. In this case nothing went horribly wrong but it will still prompt you a bout it so you can fix it.

Keep in mind that parameters.txt files will also be loaded to find out a car model's texture, even when you're only importing the body or wheels.

This Version requires Blender 2.79b.

Fixes
- Textures are now loaded when importing a mesh from the custom folder (reported by Gotolei)
- Ensure that NCP layers exist when exporting: All Material layers and Type layers are now kept. This fixes missing materials when exporting NCP. (reported by LoScassatore, Gorgonzola)
- Export of textures with suffixes like .bmp.001 (reported by Boy80)

Modifications
- Moved the instances helper section to a dedicated Instances panel.
- Objects marked as instance (*Is Instance*) will no longer be exported when exporting to .w, use .fin instead
- Fixed all Re-Volt panels to the top (object and scene properties) so they're easier to find. This makes the add-on a lot more intrusive but most people using this add-on use Blender exclusively for Re-Volt.
- Message boxes for confirming actions in the helpers panel
- Texture number face property only shows when Use Number for Textures option is enabled
- Prefer Solid Textured Mode is now disabled by default

some people experienced problems with CTRL+Z: Blender would crash whenever you undo changes.
To me, it also happened when switching from edit mode to object mode using tab. Using the dropdown menu always works fine.

Did someone else experience something similar? What did you do right before it crashed? Can you reproduce it? I'm trying to find out what exactly makes Blender crash. It seems to do so with and without my add-on enabled so I'm not sure if it's that.

Marv, I didn't experienced this issue at all, while working with Blender and your addon (since end of last year). I very often use the functions you described. (CTRL + Z, Switching between Edit- and Object Mode with TAB).

I am using Windows 10, the newest Blender version, and the newest version of your addon.
My Re-Volt World Profile
Top

It might just have been a bug in a specific Blender version. Thanks for the info

I'm planning to release a new version on the 1st or 2nd of August. There are some new features which need to be tested:

- Fixes:
- Crash when importing levels with texture animation (reported by Gotolei)
- Batch bake should not crash anymore
- Import and export of .fin properties (mainly colors)
- Set default model rgb to (0.5, 0.5, 0.5)
- Too many dummy textures when importing prm
- Catch error when parameters.txt files don't end with a '}' (reported by Shara)
- NCPs consisting of multiple objects are now exported with correct materials

You can get the current dev version here: https://github.com/Yethiel/re-volt-addo ... ve/dev.zip

I also worked on a new documentation which you can find in docs/index.html which covers some information about the new features.

On Linux you'll have to install qhull (package name should be qhull). The windows version is bundled with the add-on but I don't know if it works.

The new version is out: https://github.com/Yethiel/re-volt-addo ... va_18.0801
Follow the link to read the changelog, it's similar to the one in my previous post.

Definitely check out the documentation as well: https://yethiel.github.io/re-volt-addon

You can now import and export complete hulls (convex and interior), as well as generate new ones (convex hull only at the moment):

Mirror Planes can also be imported and exported now. Which track is this?

Is there already a planned release date for the update, which include support to the new RVGL version features (additional texture pages)?

At the moment faces with mappings to additional texture pages - for example spavolt1k.bmp - will be exported with spavolt1a.bmp, which results in a wrong mapping ingame.
My Re-Volt World Profile
Top

Try out the dev branch of the add-on, martin added support for it: https://github.com/Re-Volt/re-volt-addo ... ve/dev.zip
I'm not sure when I'll get to release a new version.

Kiwi wrote: ↑Sun Jul 14, 2019 3:28 pm I've tried to install the DEV Branch of the addon, and now I get the following error messsage, after importing my w-file:

The same error also appears, if I try to import any other w-file (for example from stock tracks).

I can't keep up with the API changes. I think it worked in the latest blender nightly build but I have no idea. They changed the way vertex colors work and I think they changed it from 3 values to 4 (including alpha).

I won't be able to fix it for now, I'll probably address it in the 2.8 port of the add-on.

Would it be reasonable to implement a feature that could allow to easily re-scale an entire track? It's easy to scale down the PRM and NCP files, but we currently have to redo all the MAKEITGOOD stuff. There's plenty of decent tracks out there that happen to have the scale wrong, so this kind of feature would be tremendously useful and might result into a pretty big update for the I/O pack.
Top

URV wrote: ↑Sun Jul 14, 2019 5:12 pm Would it be reasonable to implement a feature that could allow to easily re-scale an entire track? It's easy to scale down the PRM and NCP files, but we currently have to redo all the MAKEITGOOD stuff. There's plenty of decent tracks out there that happen to have the scale wrong, so this kind of feature would be tremendously useful and might result into a pretty big update for the I/O pack.

In case the add-on ever supports all formats you'd just have to import all track files and scale them in Blender, then export them again

the only way i know to do this is to export your track then after change texture number with a HexEditor ... like i did for Trailer Park fix : viewtopic.php?f=9&t=412&sid=e3d1d4f9a2e ... c4cf53bc05
Damn DROPBOX !!! If you found broken link PM me

Get the latest release of the dev branch. I believe someone noted it stops working after texture Z, with anything from AA onwards just mapping onto A, but it's better than only going up to J.
Top

Problem appeared after this commit. Quickly fixed in 5 minutes, re-download or pull.


Wichilie wrote: ↑Sun Jul 14, 2019 8:34 pm Get the latest release of the dev branch. I believe someone noted it stops working after texture Z, with anything from AA onwards just mapping onto A, but it's better than only going up to J.

It is because you are not allowed to name textures tracka.bmp in blender image editor, however it will work for compatibility. Use 0.bmp ... 63.bmp instead. I can't quite recall but there was a reason for this change.
Practising doing more with less.
Top

import now working BUT i don't think it's working as it shoold be for texture *K.bmp

11th texture is imported as 24th one

(look at my previous post and try my Trailer Park fix)
Damn DROPBOX !!! If you found broken link PM me

11th texture is imported as 24th one

(look at my previous post and try my Trailer Park fix)

Naah, everything works perfectly, somehow I decided to check it. Id 24 was an ugly hack to get an extra texture back in the days - this track is outdated, it will not work now. Just rename image 24.bmp into 10.bmp in uv/image editor, assign a new texture to all the triangles which are using this bad id and export .w file. Do not play with hex editing.
Practising doing more with less.
Top

oups i made a mistake i forgot to load W file from custom folder ...
ok it's work fine sorry

Damn DROPBOX !!! If you found broken link PM me

Thanks a lot Martin, the version you posted works fine.
My Re-Volt World Profile
Top

sorry for bump, but some cars I import have an ugly dummy texture