Currently, this pack has four releases. Each one is a little different. After some community testing and feedback, I will hopefully merge them all into a single, best pack.

There are two upscaling models: There are also two quality levels: Please test all releases and vote on the poll so I know which one to keep 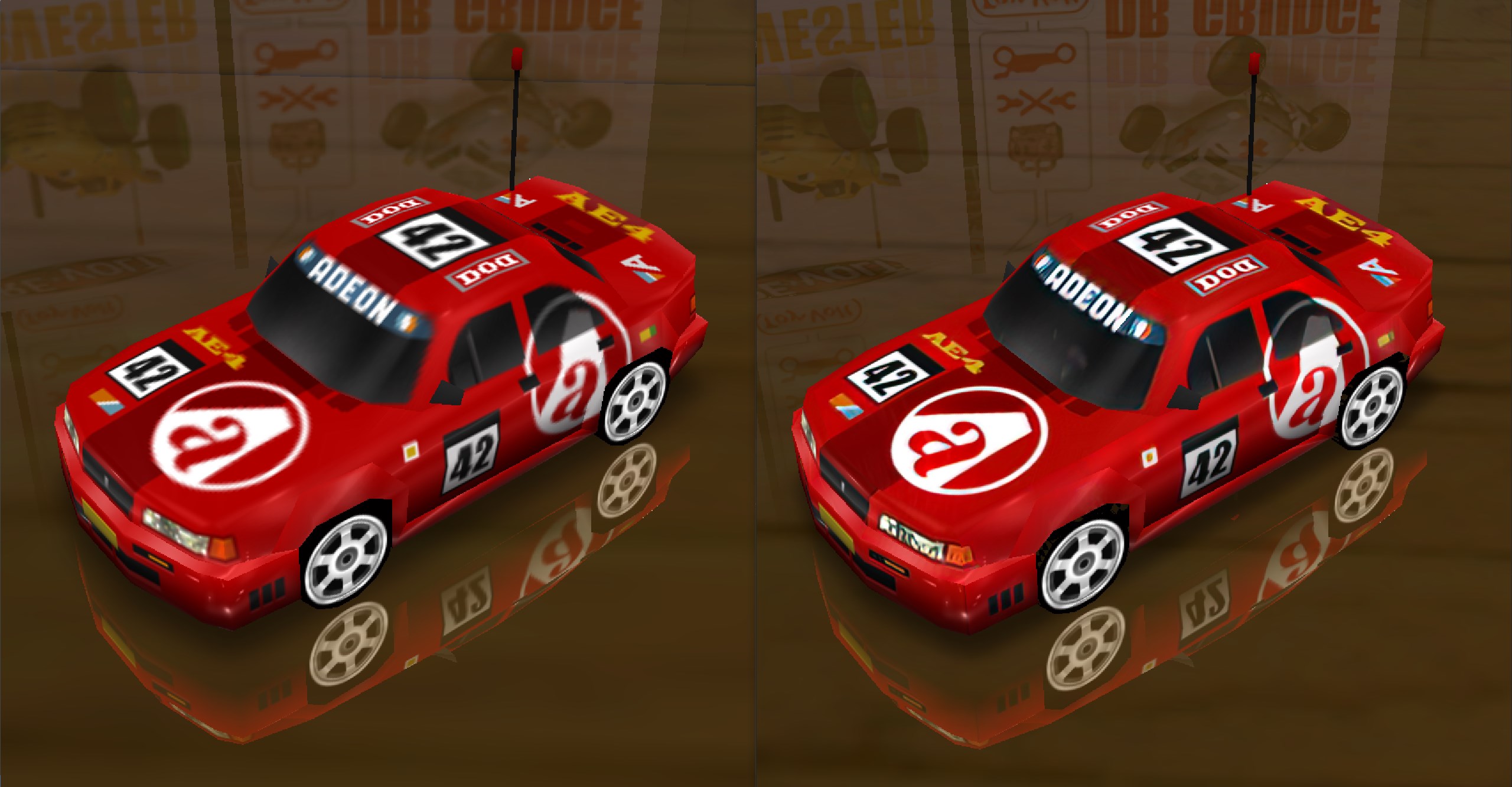 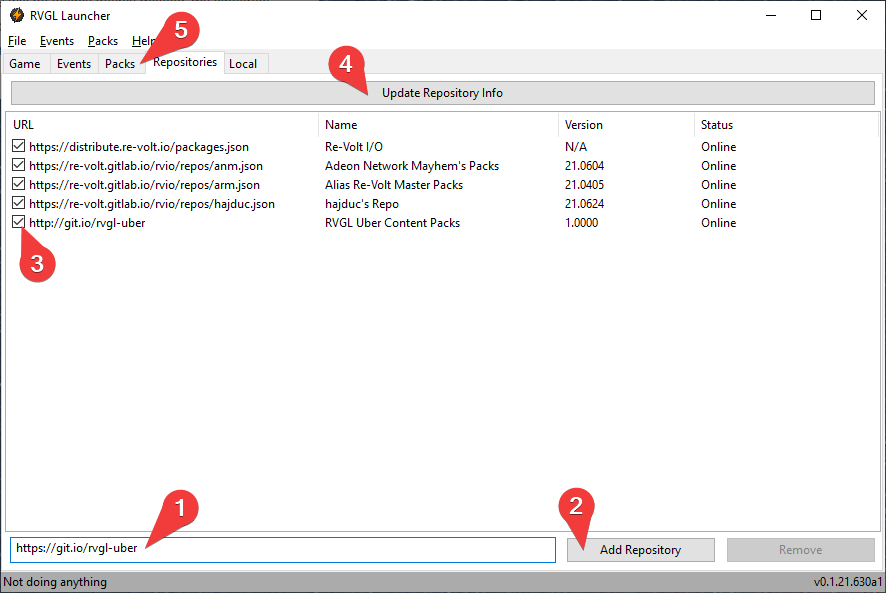 Development
If you are curious how all this was done, or if you would like to help, check out the project page.
Top

uff, I thought at first this was some RVGL uberbug discovery (trackmania bug)
Top

After some testing the line version might be better on cars, as it generally is more detailed, sharper, but i'm not an expert on cars. Where the line version shines is also texts and generally detailed decorations on the tracks and track parts that look like marble or basalt.

The line version on other hand is very bad with grainy textures – for example gravel on Botanical Garden or carpets on Museum tracks are hurting my eyes.

The standard version is more well-rounded, but provides less detail with text decorations and such than the line version, but still it's quite an improvement. Also the overall feeling of the tracks is still very "re-voltish".

Vegetation looks better on both versions, but better on standard. There are also plants on Skating Toys for example that look absolutely terrible with both. Also both versions have a glitch around the sun (in the skybox?) which also causes cool looking reflections on the car, although they shouldn't be there.

I also very like the "new" water sparkling effects on Spa 1/2 tracks (both versions), the small sparkling looks amazing and the big one (when driving over water ponds) looks like soaped water xD. The original were great to start with.

Overall I'm leaning more towards the standard 1024 version for the overall feeling and general improvement [standard 1024, the 512 variant makes too little difference], but for texts (on boxes, signs, shop products etc) and some track parts and car details the line version is better. Although if it wasn't for some terrible grainy textures (gravel especially) on the line version, maybe I'd prefer the line version, not sure which variant, 512 or 1024.
Top

RV Launcher won't open for me either. Is there any way to download this?
Turkish Re-Volter.

Just saying if you haven't saw it already: I've posted an issue in the Proyect (GitHub) page saying that the repository link doesn't work.
Top
Post Reply
5 posts • Page 1 of 1