Any requests or questions can be asked directly here on the forum or privately to Stingox.

List of players with skins in this pack:
► Show Spoiler
New skins added:


Players skins that is part of this pack:

This was an idea that was already in the process of making and that has now been further motivated recently during Whitedoom's 1v1 competition where players got excited about having their own car skins.

Stock pro cars are likely the most frequently played classes as they are the overall best original cars in the game.
Most frequently played in RV House classic picks on/off races, RVR races for B3L/B4L & recently Whitedoom's 1v1 tournament to name a few.
This skin pack is in focus for these cars, however not limited to any of the competitions.

Having a personal skin adds another dimension and fun to the races where you can be identified as the painting of your car and that is the aim of this skin pack.

While the aim of the skin pack is fun and perhaps experimenting for some, quality will be considered. As such when you submit your skin, for now they will be evaluated by me and one of the most experienced content creators, Kiwi, before being accepted and added to the pack.
As every player have their own taste in how they want their skin to look, there will be few limitations.
However, for this skin pack we also intend to give the racing scene a professional outlook. Therefore we will add a few rules and guidelines.


The car skin & file should be in line with the following:

- You created it yourself or you have the permission to use it. You can always request others to create the skin for you. You can't however take a straight copy from a public skin or someone that already has a car named after or made for them, example being the famous Dr.Pepper's Cougar or RVR Toyeca skin.
- Not infringe copyright

- Front & Rear Lights remain in position. If the texture is edited it should be kept minimal and realistic.
- Basis parts such as grills, windows, wheels can be modified but kept realistic with moderate adjustments.
- Quality, flair and considerate submissions (e.g. no intended memes or odd paintings)
- No real sponsors or brands but can resemble or look similar to them.

Finally I want to add that nothing is set in stone! Specifically the guidelines for the repainting may change in the future. Please don't get discouraged from submitting your skin to see if it meets the qualities.

- File name starts with the original file name for the car following with your own ingame name in lowercase letters. Letters and numbers include only a-z and 0-9.

Submitted file name: toyecatxstingox.bmp
- If your ingame name has spaces, submit without spaces.

Submitted file name: toyecatxrocklee.bmp
- The maximum amount of characters that can be entered after the car file name are limited to 11 by standard. If your name is longer, you write until the limit is reached.

Skins can only be submitted for the following cars: Toyeca, Humma, Cougar and AMW.

You may submit one skin for each car, preferably only for the cars you actually intend to use. Please note that you cannot have 2 skins for one car.
If you wish to change your skin for a specific car it can be submitted and will replace your previous skin in the next update.

For your skin to get added to the pack, simply submit your skin to Stingox through Discord, RV house or PM me on this forum.

Send a picture of the skin and the BMP/PNG file of your painted skin.

Since this pack is going to be exclusive to each player, for now the access will be limited to those who have submitted a skin. The reason is that for people that don't know or who don't care, they may end up using skins they like which doesn't make the skin exclusive and therefore it looses its uniqueness.

Some players might not want their own skins to be used by others. For this reason, the pack will only exclusively available to those who are participating and submitted a skin within the pack for themselves.
For those who have already participated I hope that you respect the owners skin to only be used by them, if that is their wish.

A download link will be provided with a password that can be requested from the moderators of this pack (to be announced).

First planned release of the pack is on April 6th when Whitedoom's 1v1 competition starts. There will be few more updates after this within shorter periods as I understand the time for deadline is short.

After that, the pack will be updated about once every two months.

Finally I want to add that no rules are permanent and still open for discussion. If something didn't resonate with you or you felt could be done differently, feel free to openly discuss it so that we can commonly make it a good experience for everyone.
I only figured it would be better going off with certain restrictions to get this going right from the start.
Last edited by Stingox on Mon Apr 06, 2020 10:21 pm, edited 14 times in total.
Top

My question is still the same

How to make my own skin?
Top

How to make my own skin?

This question is best answered in the #cars channel in the Re-volt IO discord channel here: https://discord.gg/NMT4Xdb

But short answer from me, you take the original cars bmp file that is found in every car folder, make a copy of it and from there use any painting programs you prefer using to change its colors.
Top

This is a really cool idea! Thanks a lot for maintaning this pack, Stingo.

File sent to you in Discord. 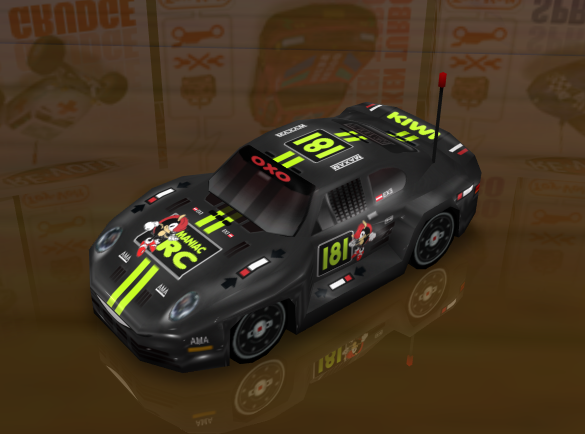 My Humma skin (with same colors) will follow in the next time.
My Re-Volt World Profile
Top 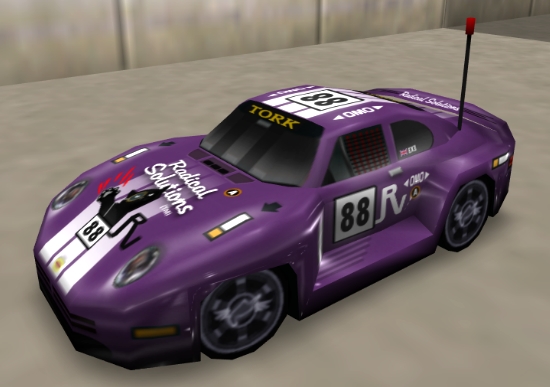 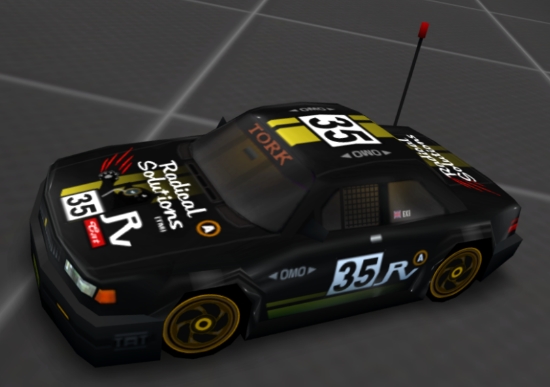 Skin is sent via Discord
Top

Santiii727
Posts: 65
From: Maybe in your country

Skin is sent via Discord
Top

Skin is sent in via Discord.
Top 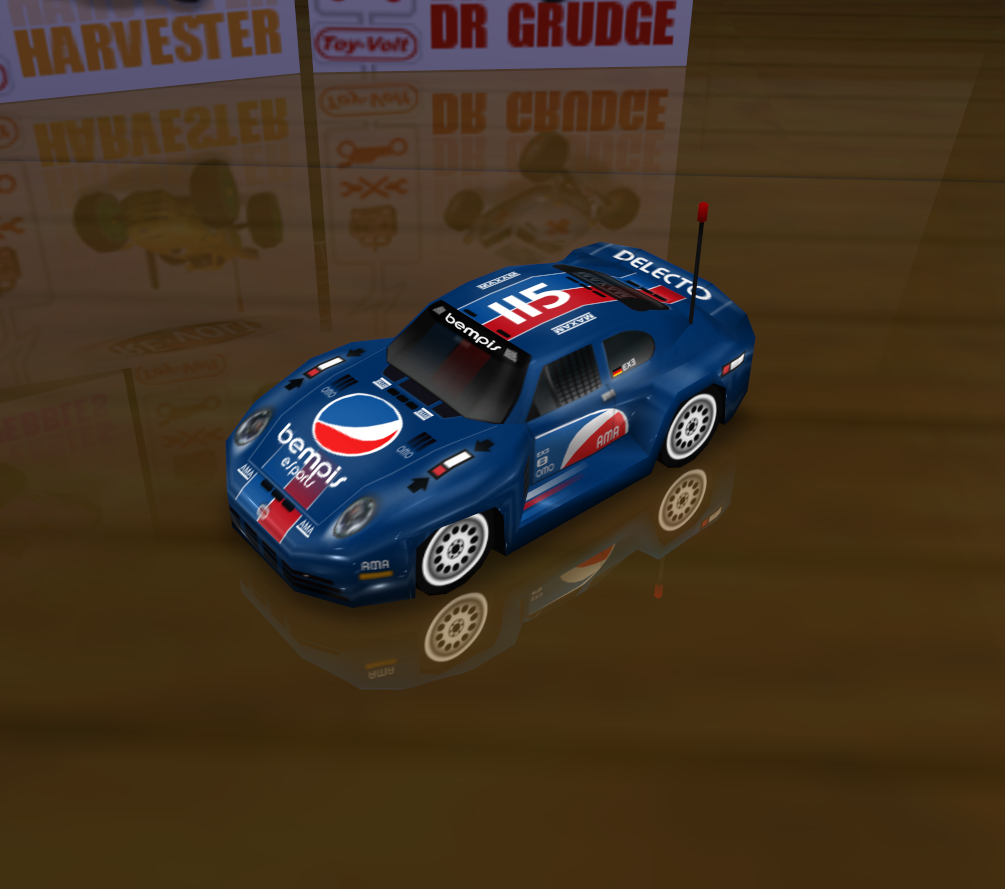 File sent to you in Discord. 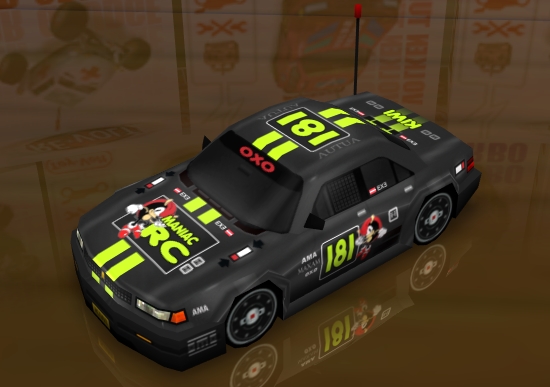 NOTE: I updated it a lot to be decently

NOTE: I updated it a lot to be decently

From the picture I would say it's valid but I need to know 2 things.

1. Is your ingame name Bsr or do you use something else?

2. You need to send me the file in private preferably, otherwise I cannot add it

Everyone who posted a picture here already sent their skin to me.
Top

Sent to Stingox via DM already. 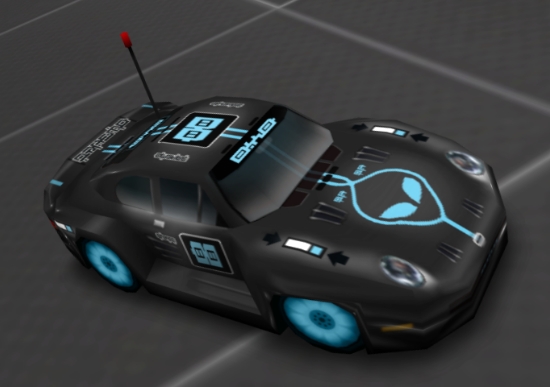 Submitting my skin here! My name is just the perfect length to fit the filename. 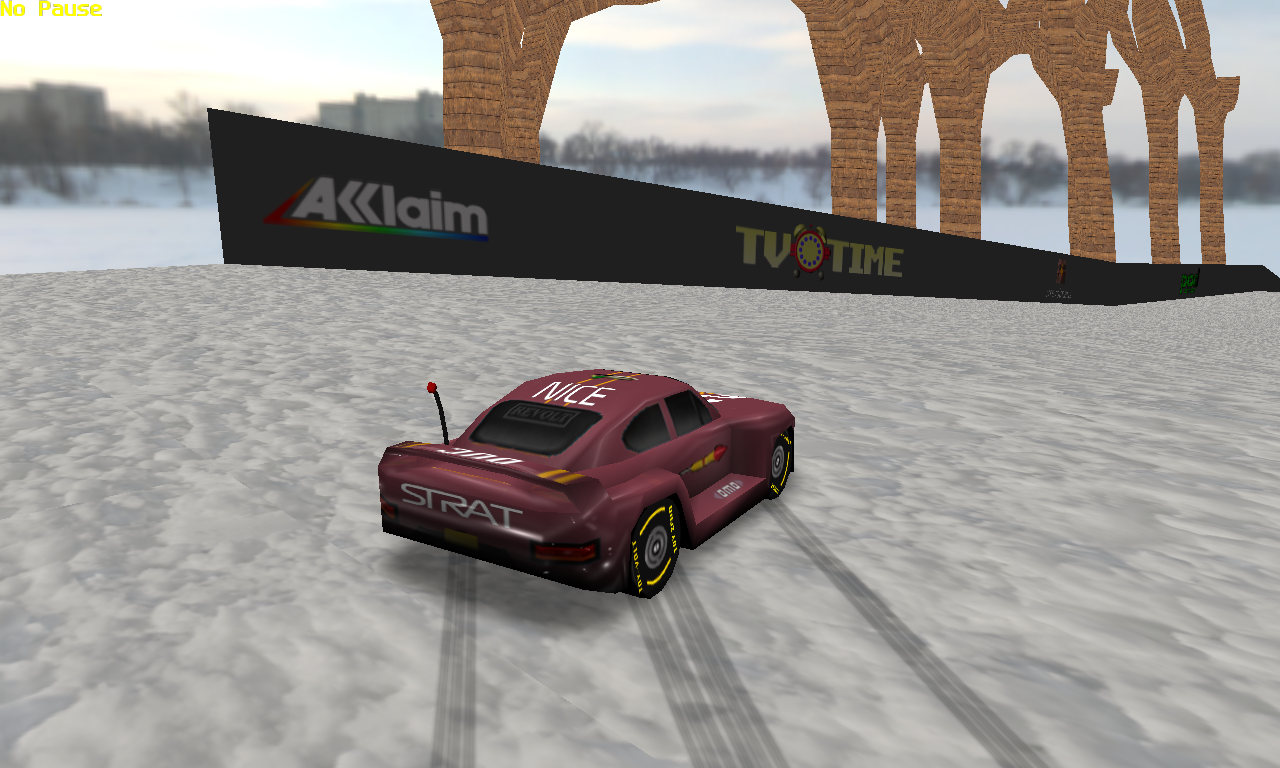 hajducsekb wrote: ↑Sun Apr 05, 2020 5:32 pm Submitting my skin here! My name is just the perfect length to fit the filename.

Skin sent to Stingox via DM.

Hey Sting, not sure whether this skin fulfills the pack's purpose, but it's a skin made by Kiwi for another 1vs1 tourney.

It was ManDX's personal Cougar skin.

Yo, I've seen it and already have it actually in my collections. I didn't want to add any cars without the players requesting them to be in the pack. It also fills it up with more skins perhaps making it harder to scroll through.

There are other cars ofc, like dr.peppers cougar skin or matiwrc's humma but I can't add them unless they specifically ask for it